There are, of course, many other Christians beyond Lutherans at work in Medan and Indonesia. As we grow our network here we get to meet them and sometimes learn more about the work they’re doing. For instance, I had no idea there were Eastern Orthodox in Indonesia (Antiochan Orthodox, to be more precise). Then I met Phil, who is serving his church in Medan for at least two years, primarily in a preaching capacity though that may change after his ordination next year. I discovered that having only arrived in Medan a few months ago, he was already doing some basic teaching once a week. I asked if I could visit during his class sometime and he procured an invitation for me to STT Paulus, Medan.

Having taught at the college level for nearly 15 years, I’m always curious to see others at it. Environs change. Technology changes. But the essence of a teacher and student, of someone passing on what they received to others eager to receive it (or at least eager to pass the class) has been going on likely since Adam and Eve had to leave the garden in their newly provided clothes. It’s a joy to watch someone who loves to teach.

And while following a theological lecture in another language is not ideal, it’s amazing how much I could follow – not just because of language training but because of a shared theological history and focus. I look forward to visiting again!

I've been blogging for over twenty years on one platform or another, and my favorite topics are cross-sections of faith and culture and everyday life. I'm an ordained minister with the Lutheran Church-Missouri Synod - among other things. Welcome! View all posts by mrpaulnelson 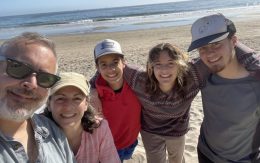